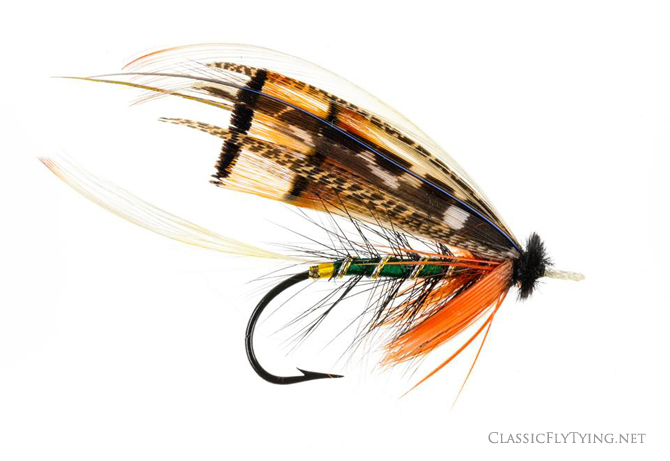 Tying in the Blacker Shannon style

A tribute to Robert Frandsen

In the 1842 edition of his book, Blacker gave little hint of what was to come and his instructions about how to tie in the Shannon style were compressed into a single paragraph, which read:

Blacker, of course, thought this was all perfectly clear (and to be fair, the first binding of the book was only 38 pages long, so he hardly had space for more). Because he sold virtually every copy personally, it wasn’t difficult for clients to ask him what he meant, or to buy some examples from his shop. But the reality was that in 1842, very little had been written about how to tie a salmon fly and almost nothing about how to dress a mixed wing. It was a mystical subject about which none of the initiates would talk, but in any event, there were very few people outside Ireland who understood the subject well enough to teach it. Blacker would transform this situation with his 1843 edition and expand his advice yet again in the 1855—it is a sobering thought that it wasn’t until the 1890s that any book would have more technical detail about the dressing of mixed wing salmon flies.

Anyway, if you can get under Blacker’s skin, and have enough artistic flair to see where he was headed, it is possible to tie flies that look very similar to the ones he was selling in the early 1840s, just by following the spirit of the instructions above. Not many fly dressers seem to be able to do this, because Blacker’s style was so individual, but Alberto Calzolari can do it, and Sebastiàn Letelier can do it, and Long Nguyen can do it, and the guy I would like to highlight this week, Robert Frandsen, can most certainly do it. Robert has tied a dozen flies as a guest dresser for the book, but he really is a member of the team, even if he lives so very far away from the rest of us. Bob above all, kept the flame of Blacker’s memory alive for many years when his memory was fading fast, and I don’t know where we would be without him today. So here is a fly that Blacker might have tied (but never did, obviously) Andrew’s Green!