Will the real 1843 Tweed No 13 pattern please step forward?

Today’s post returns to one of the central themes of the book, which is that Blacker was very different to the late Victorians because he saw as pattern as a beginning, not an end. Blacker’s superb sense of colour meant that he came up with some stunning combinations of fur, floss and feather, and this pattern is just one example of the rich catalogue of flies that has lain forgotten in his 1843 edition for so many years.

One of the things we have been very keen to do is to show variations of patterns where there is uncertainty about how they were tied, or in this case, just because we can. Alberto Calzolari has tied two variations of this Tweed pattern, with different proportions of the body materials and in the lower fly, to show just how much of a ‘mood change’ can be achieved with a simple change. The upper fly has the ‘official’ body proportions. Understanding how these changes work is key to being able to master the Blacker style and we think it opens up a whole new horizon for fly tyers. 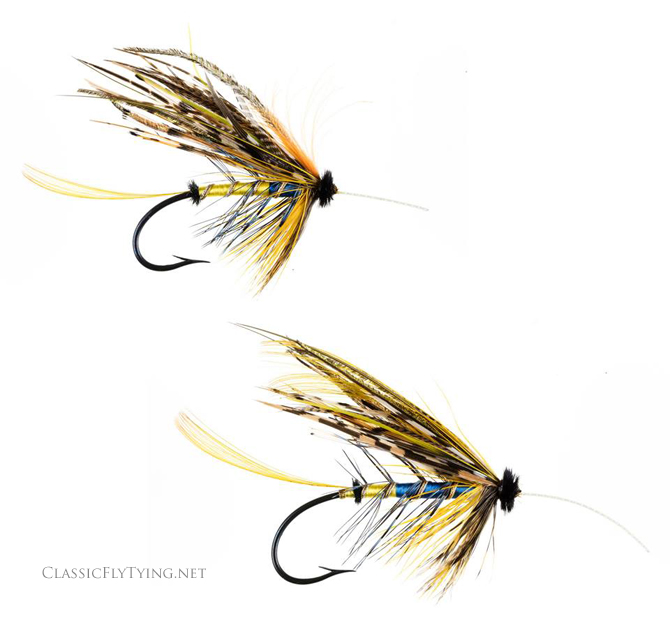 Two variations of Blacker’s Tweed No. 13, dressed by Alberto Calzolari…

We have tied a huge number of flies to illustrate the book, having gone slightly crazy a few months back, when we took the decision to tie all of the major river sets in the 1843 edition. This means that the vast majority of the patterns in the book will have an image to go with them and the ones we have left out are either working patterns or ones that are self-explanatory, or dressings that Blacker left open, and we have even tied a few of those.